Majesty of the Mountains

« Back to The Alps Glacier Blanket 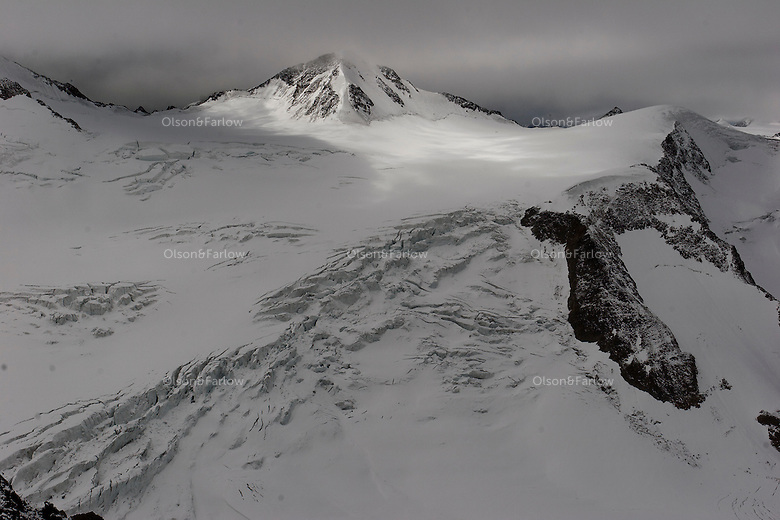 © Melissa Farlow - Contact
Gallery image: 15 of 15
More hot, dry summers like that of 2003 in Europe, when the loss speeded to five percent, could cut the life expectancy to no more than 50 years, according to Wilfried Haeberli of the University of Zurich. "We estimate that by the end of the 21st century, with a medium-type climate scenario, about five percent of what existed in the 1970s will have survived, he added.
< previous image
Buy Prints Buy Rights Managed Add to Lightbox Download Hi-Res