Aerial of Machinery on Coal Mine 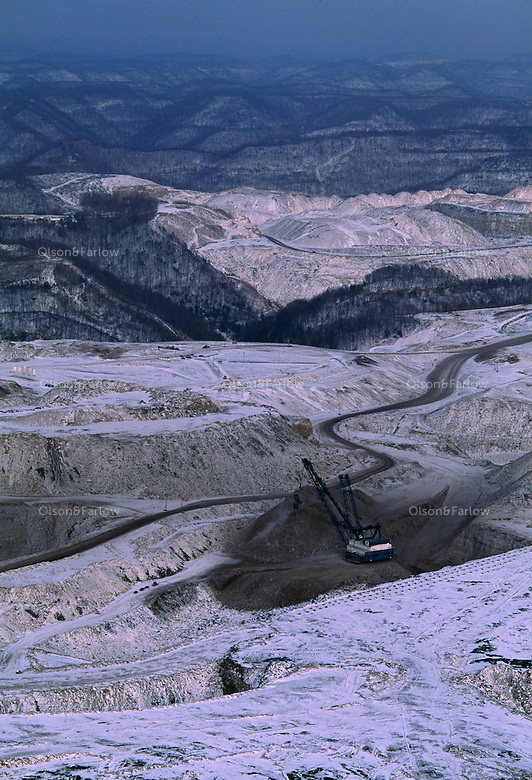 © - Contact
Gallery image: 16 of 29
Big John, a dragline, sits idle on a mountaintop removal mine. Draglines are amongst the largest mobile equipment ever built on land, and weigh in the vicinity of 2000 metric tonnes, though specimens weighing up to 13,000 metric tonnes have also been constructed.
A dragline bucket system consists of a large bucket which is suspended from a boom (a large truss-like structure) with wire ropes. The bucket is manoeuvred by means of a number of ropes and chains.
< previous image next image >
Buy Prints Buy Rights Managed Add to Lightbox Download Hi-Res