« Back to Meltdown, The Alps Under Pressure, February, 2006 National Geographic Magazine 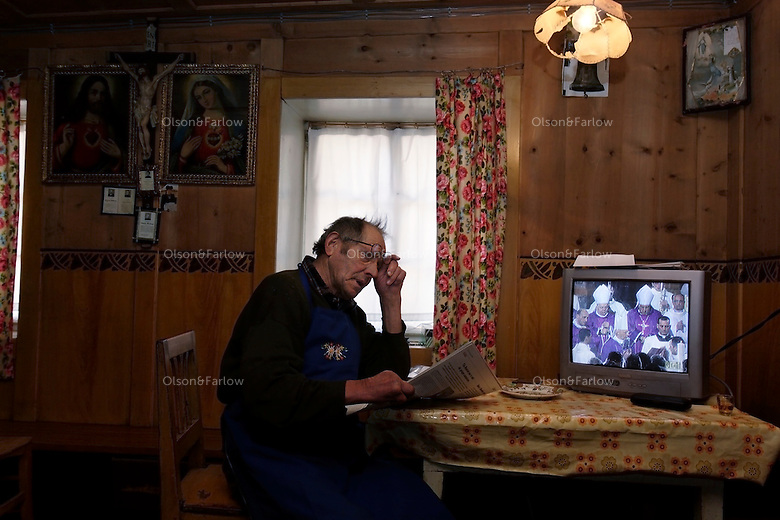 © - Contact
Gallery image: 21 of 98
Lorenzo Miriboch lives alone in a village that is Ladino where people have their own language. He reads a Ladino newspaper and watches a funeral on television in honor of a soldier who was killed by Americans while rescuing an Italian journalist. He was a farmer but was injured and has two pensions--one for his age, the other for his injury.
< previous image next image >
Buy Prints Buy Rights Managed Add to Lightbox Download Hi-Res